You are here: Home / Interviews / KNIVES OUT — Rian Johnson Interivew 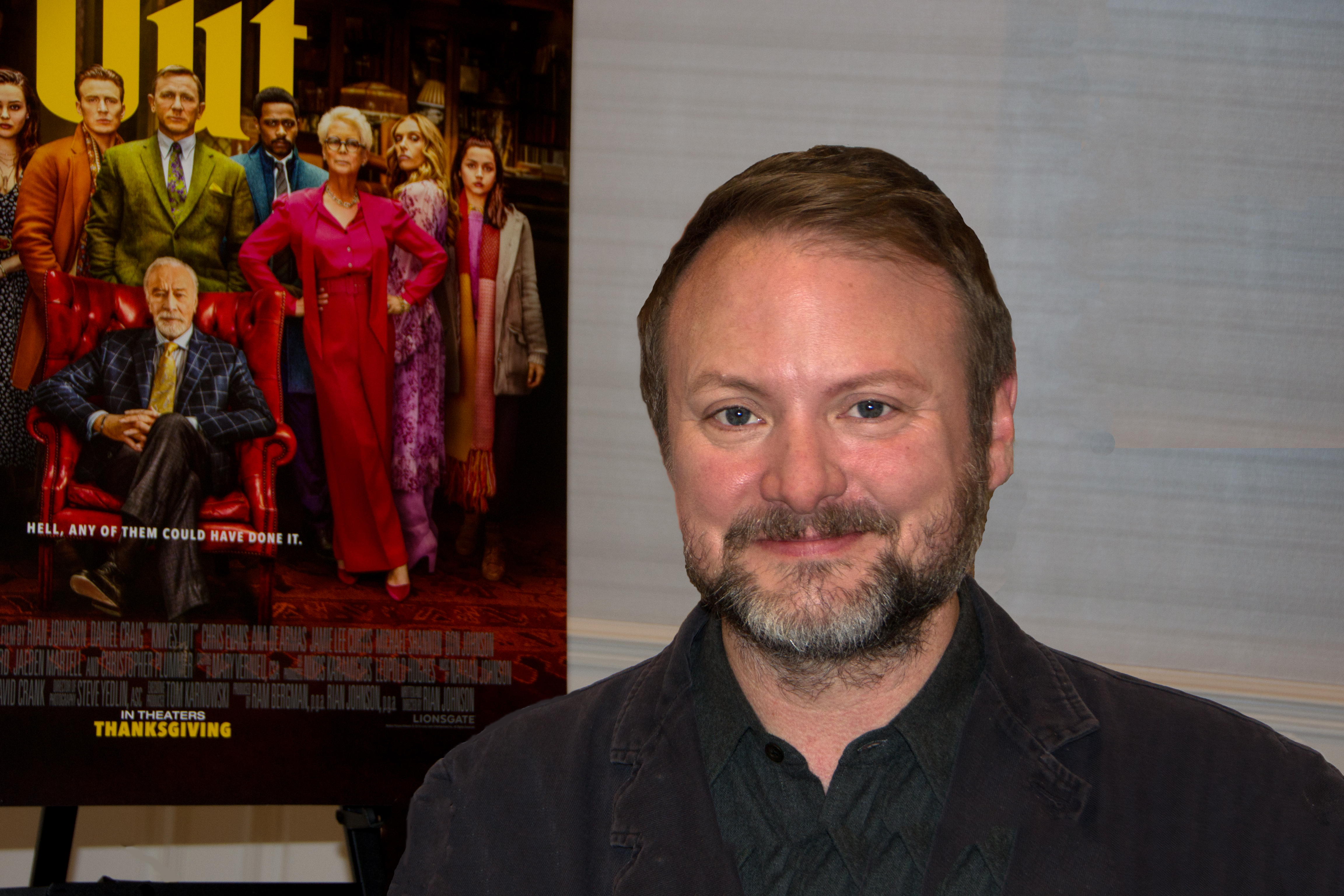 My main goal when talking with writer/director Rian Johnson on November 11, 2019 was to refrain from giving anything away. The element of surprise in this refreshing take on the classic whodunit has never been better executed. So I started my chat with him by telling him how much I enjoyed how he toys in the audience. There are twists, turns, and those ci-mentioned surprises, but Johnson always plays absolutely fair with the viewer as he spins a clever yarn that ponders whether seeing is believing and the state of class warfare in these United States. He shared his philosophy on that toying before we talked about how he went about introducing the political elements of the story.

We went on to talk about how working with green screens affects the directorial experience; the difference between arch and artificial when striking a cinematic tone; why going big doesn’t mean leaving planet earth; and whether or not a sculpture featured prominently in the story is a metaphor for the negative reaction that some fanboys directed Johnson’s way after THE LAST JEDI.

We finished up considering the trolling phenomenon; why whodunits are so psychologically comforting; the magic that is the game of go; why Chris Evans is aspirational on many levels, and how Ricky Jay made a cameo even after he died. Click here for the KMR review of KNIVES OUT.