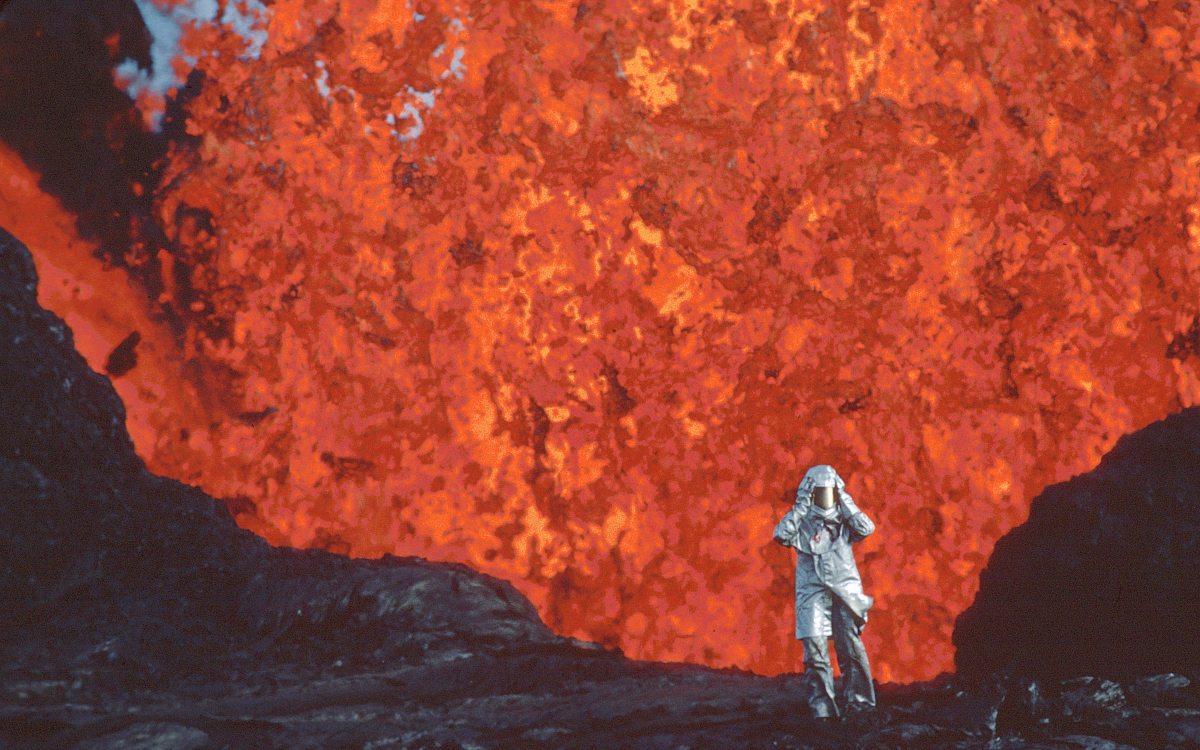 Sara Dosa’s last documentary, THE SEER AND THE UNSEEN, reconsidered the existence of elves in contemporary Iceland from a point of view that, blissfully, refused to be tethered to a mechanistic attitude. Her latest, FIRE OF LOVE, finds similar magic it its subject, married volcanologists Maurice and Katia Krafft, and in both their devotion to each other and in their passion for studying volcanoes. Wearing their trademark red hats, or donning special futuristic suits, they studied the most dangerous volcanoes the world has to offer with what can only be described as glee.

Though they departed this mortal plane over 30 years ago, they left behind a legacy of books, photos, video, and humor that imbues those magma spewing mountains with a mythic quality that is, as Dosa put it during our Zoom conversation on June 28, 2022, transcendent. There could be no better filmmaker to tell their story, and my first question to her was, in fact, the role of fate in taking on this project when she had already started planning something else entirely.

We went on to talk about the language of the unknown; the larger lesson we can draw from the Kraffts’s life and legacy; the violence of railroad time; and volcanoes as rebels.

We finished up with the pain of editing with kudos to her editors Erin Casper and Jocelyne Chaput; the opportunity afforded by being forced to build sound; the deliberate choice behind having Miranda July narrate; and just how close to the edge of a volcano Dosa in now willing to go.